This magnificent photo of 78 collector Joe Bussard is one of my new favourites.  Firstly, everyone wants a wall that large.  When I went house hunting, 'vinyl relistate' (as my wife would call it) became my biggest concern.  Will I find a place that has a nice 'nook' for my collection?  Will my floor boards hold that much weight?  Yes, I even got my home inspector to inform me of the load bearing walls to attaching my shelving to.  For many collectors, our record room is quite important.  It's how we display and how we organize.  Some choose to have their space utilitarian - just holding records.  Others have fancy cabinets and plush rugs. Regardless, a record room is a portal into the collectors mind. Visiting a collectors space is a sacred journey.

Photographer and owner of 'Dust and Grooves' Eilon Paz is having a Photo Exhibition with this in mind. Eilon has visited notable collectors around the world and photographed them in their space.  As a fellow collector, I've enjoyed learning about what makes these collectors continue.  Each interview offers deep insight in the hobby, ultimately answering larger questions about a collectors compulsion.

When asking Eilon about his personal collection, he responds ' I was always into music and I was always into vinyl, but I’m not such a dedicated vinyl collector myself. I love going digging for records, but I would always go records that usually are not more than $5-10. This is why I really admire and am obsessed about the people I document.'

Eilon mentions that the music is often a bonus from his brief encounters with each of his subjects.


'It’s first of all about meeting different people from all over the world with different life styles. Sometimes it’s a short acquaintance, sometimes I make friends. One day I could be drinking tea in a suburb of London listening to Rockabilly music with one of the world’s most appreciated collectors, and on the other end of the spectrum I could be sitting down with a retired truck driver in a muggy basement in Istanbul listening for the first time to some Turkish kitsch sung by this phenomenal transvestite entertainer. I’m always attracted to the actual personality, so I get to meet these characters though the music. That’s the main reward. The music that comes with it is a bonus. ' 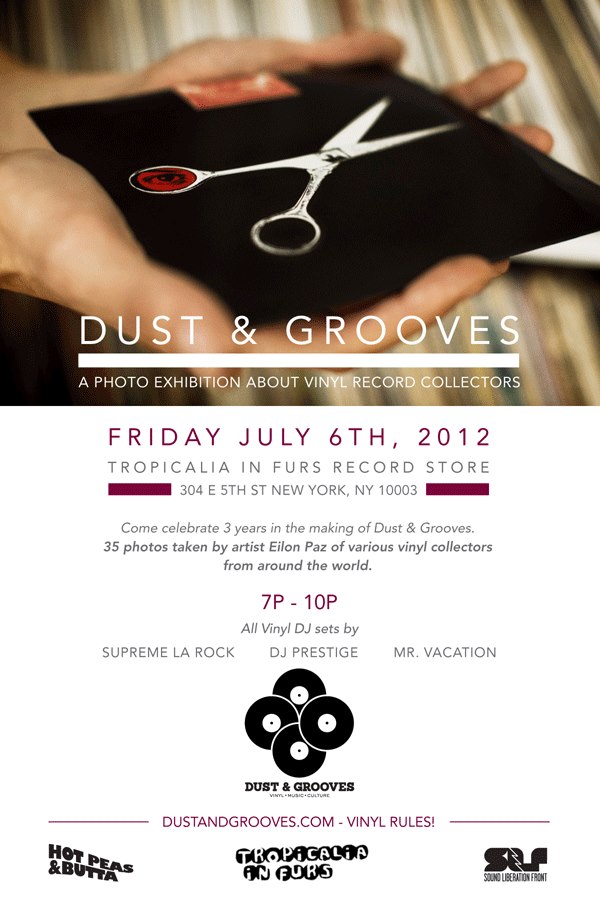 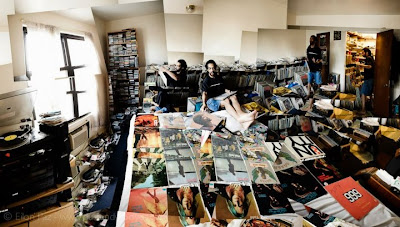 Here's a gem, folks.  I'm a sucker for a watching real people talk about their vinyl love.  Check out Pete Rock.
Posted by Death-By-Digital at 12:24 AM 1 comment:

Music Means Everything To Me 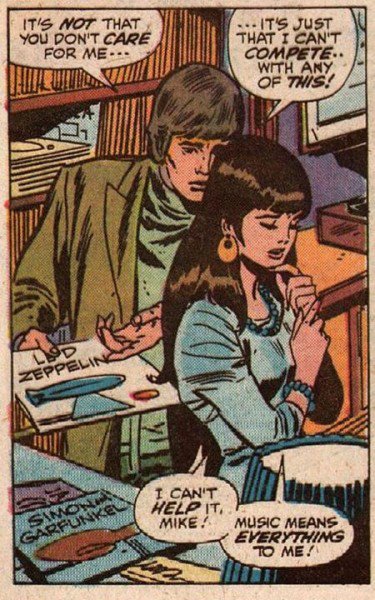 Posted by Death-By-Digital at 3:30 PM No comments: 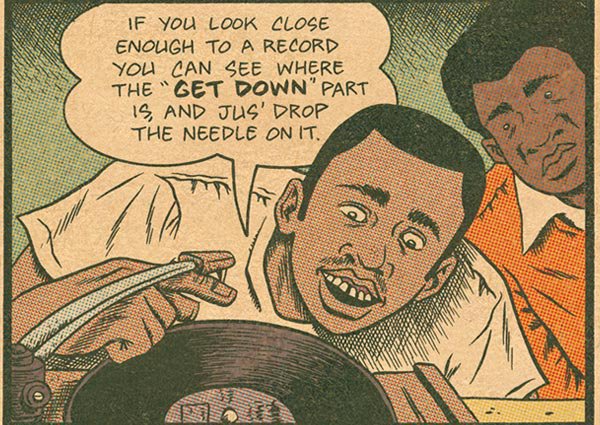 Posted by Death-By-Digital at 12:13 PM No comments: 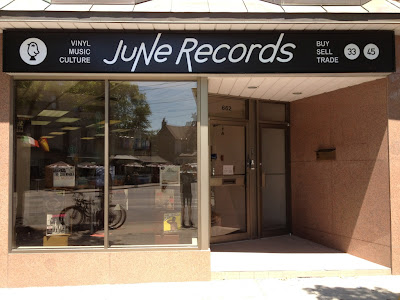 The latest record shop in Toronto proves to be a hit.  June Records, which opened last weekend, is the brain child of Ian Cheung and his business partner Dennis Reynolds.  Ian, former KOPS employee and all around good guy, knows a lot about vinyl.  Discussing music with Ian will range from Suffocation to Curtis Mayfield- what else would you want in a shop owner?

During my hour long stay I quizzed Dennis on his CTI/Creed Taylor related knowledge.  Admitting ignorance, within seconds he had beamed up the catalog of the producer and asked me a few questions.  As a lifelong record geek, I love meeting fellow lovers of music knowledge. 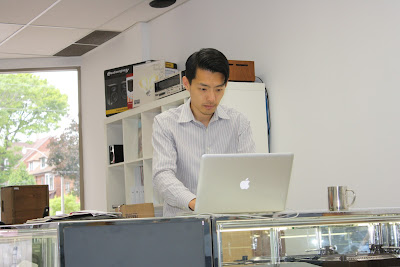 June Records is a vinyl only shop.  Though the store is in its infancy, Ian has already stocked June Records with choice R&B, Reggae, and Soul reissues, as well as a decent selection of Psych and Classic Rock. June Records has a very nice selection of Indie and Pop greats, pulling from the genres major labels.  It's also nice to see turntables for sale, with the Music Hall mmf 2.2 on display for $449 (a fantastic entry level deck).  The store stocks tube pre-amps, MFSL sleeves, wooden crates, and vinyl cleaning products. 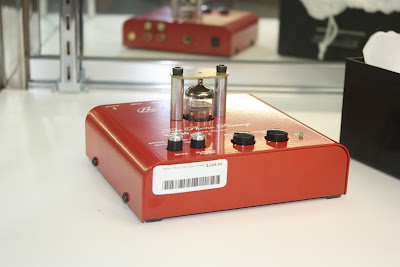 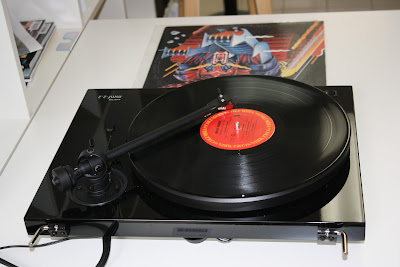 Ian's approach to growing the shop is simple- bringing in the albums that people want to hear.  This 'all killer, no filler' attitude will hopefully bring in a steady clientele.

There are few record shops that my wife will enter.  Like most of my readers, I can deal with the dank, dingy atmosphere of any shop as long as there is promise of some good tunes. But our partners- No way!   As far as aesthetics goes, June Records looks brilliant.  It's open, well lit, and Ian is already looking for ways of sprucing up the space. In our brief chat Ian mentioned looking into getting music related photography on their  walls. 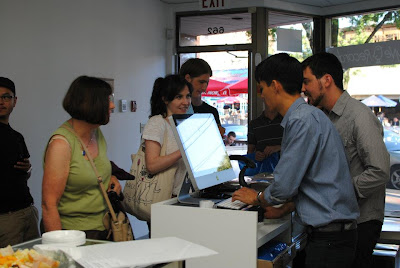 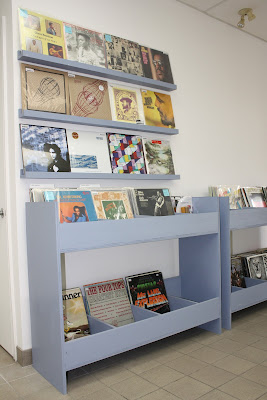 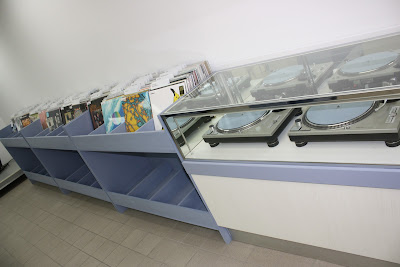 Posted by Death-By-Digital at 5:26 PM No comments:

KOPS Records, in partnership with NXNE, decided to re-write the rules at last weeks NXNE Record Show.  Presented in a ballroom at the Hyatt Regency in downtown Toronto, vinyl-buying patrons lined up early in hopes to grab a scarce gem before the selection was picked over.  Like other record fairs, dozens of vendors from across Canada were selling top-notch vinyl at discount prices.  KOPS even had dozens of boxes of records starting at a dollar. 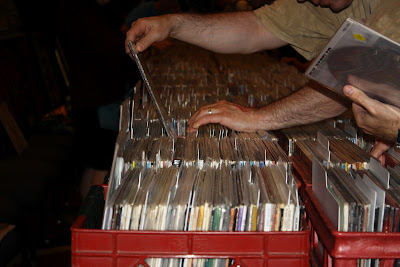 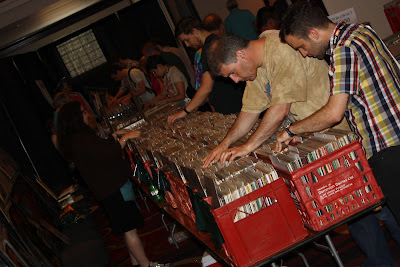 I’m a record enthusiast.  I love arguing on the merits of sound quality and the longevity of vinyl.  The ‘Kops History of Recorded Music’ was perfect for anyone who doesn’t know the various music formats the industry has adopted over the years.  It demonstrated that knowing the history of vinyl is vital for the preservation of the hobby.

What fascinated many customers, was the numerous media forms that predated the vinyl record.  Vinyl, which refers to the compound that it is made of, did not become popular until the early 1950’s.  Before the 50’s, the material that music was made on was brittle.  Early incarnations of records included bits of clay, making the discs hard to preserve, let alone hide from regular wear and tear.  Even before this, Thomas Edison invented a phonograph that played cylinders.  Edison cylinders rotate much like the mechanism in a music box. In all of my years of collecting, this was the third cylinder I had seen. 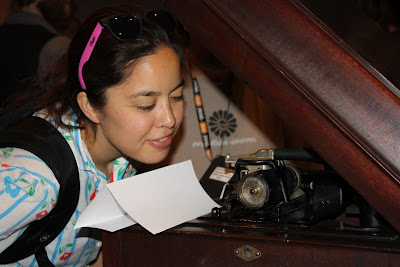 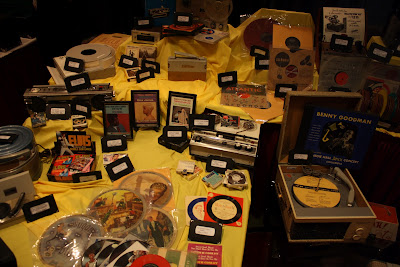 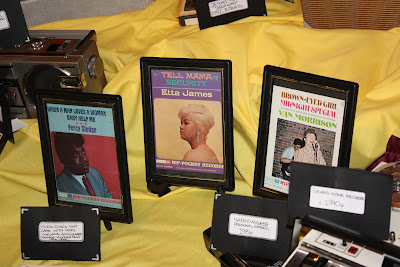 The station also showcased how vinyl evolved, to reel-to-reel, to 8-track, to cassette… The various forms in which you can listen to music on proves to be endless.

Beyond the obvious format trends, this display also presented a ‘hip pocket’ player, which resembled the Walkman.  Who would have thought that portable music has been around for close to 60 years? 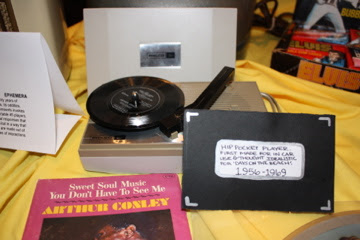 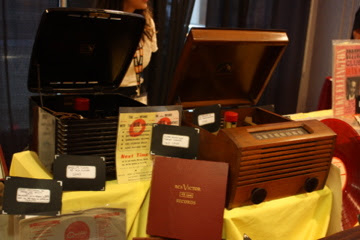 KOPS did a great job of including record labels and shops that usually do not travel the record show circuit.  Mobile Fidelity Sound Labs, a label specializing in ‘audiophile quality’ records, brought a slew of pristine jazz and progressive rock reissues.  Though not everyone can afford a $50 record, its important for those new to the hobby to recognize that not all albums are pressed equally. An album pressed using ‘half-speed mastering’ is costly- though its results are noticeable on a proper sound system.  Bay Bloor Radio was present, handing out fliers on their monthly turntable clinic, as was as selling entry-level turntables and cleaning products. 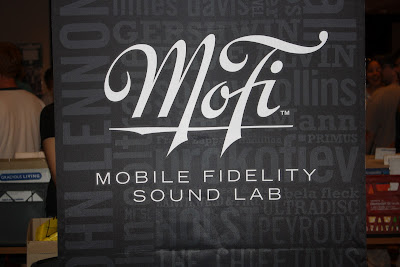 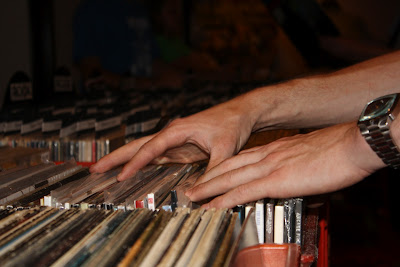 As a regular at every record show within 100 KM’s of Toronto, I can say with confidence that this show attracted a different clientele.  After speaking with a few vendors, they were shocked to see many new faces in the room.  Though they aren’t all leaving with the quantity of albums that a seasoned collector would, introducing a new buyer to an event like this is critical for the future of the hobby.

Perhaps all of the NXNE show goers were burnt from the night before, as this show didn’t seem as well attended as the other major shows in town.  Good things take time.  Hopefully next years record-buying population takes advantage of the only record show in town whose focus is more than selling records. 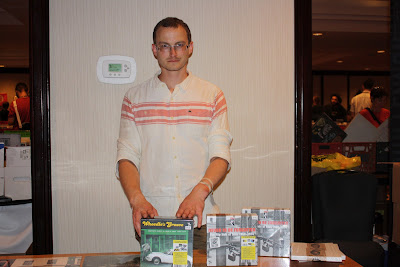 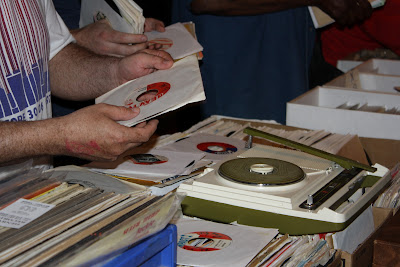 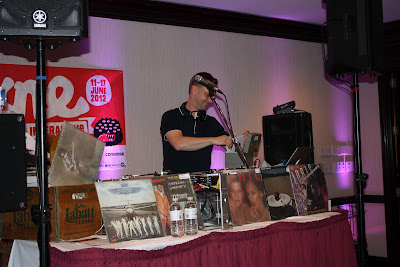 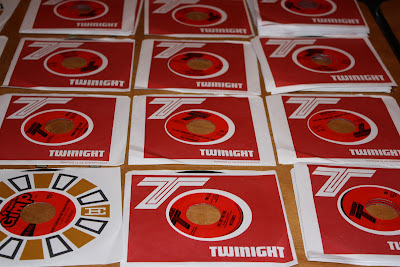 I know, it's been quiet

Sorry about the dry spell.  Between a film, a full time job, and digging daily, I haven't had much time to post.  With 2 months off, expect regular updates.


Firstly:  If you are a Torontonian - June Records, a new VINYL ONLY shop is scheduled to open this Friday.  Check out their facebook page for store info  http://www.facebook.com/junerecords


Thirdly:  This Saturday I went to a unique record show.  Expect a full write up by the end of the week. 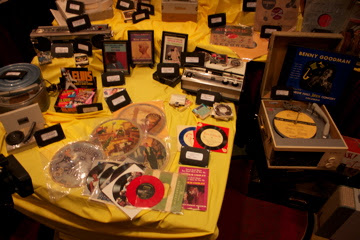 Posted by Death-By-Digital at 5:06 PM No comments:

Who Digs? I Digs.

Death-By-Digital
When I was 8 years old I got my first cassette, Metallica's Black Album. Though many consider my music purchasing to have 'spiraled' out of control since then, I have found solace in the sounds in the grooves. 'Crate digger' is the blanket term given to someone who dusts off old milk crates in hopes of finding records that appeal to them. Though these LP’s may not always be in ‘crates’, the process of placing ads, going to garage and estate sales, traveling to record shows, or even trading with a buddy, has become very near to me. In my record travels I have found that I am not alone. Though I am a fan of all music forms, this blog is dedicated to those interested in the vinyl medium. Sit back, read a bit, and drop me a line if interested!